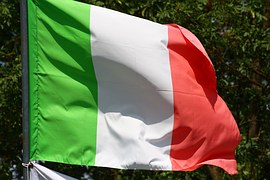 Joe was born April 17, 1924, in Hillsville, PA, the son of Eugenia and Frank Sculli. He later moved to Youngstown’s Brier Hill at age four.

As the oldest child, Joe met challenges early on, as his father died young and left Joe, age 13, to care for a young widowed mother and three younger siblings. Joe and the family struggled through the Great Depression by working a number of odd jobs. Shortly after being honorably discharged from the Navy as WWII ended, Joe married Rose Marie Pasquale on August 12, 1944. Joe and Rose were married 74 years.

After the war, Joe worked at U.S. Steel before joining the Youngstown Water Department from which he retired in 1980, after 30 years of service.

The family, like many, was chased out of Brier Hill by the freeway and moved to the west side, where they lived for 65 years. Other than his family, Joe’s passions were wine-making, his garden, and watching the New York Yankees while frying peppers. He also loved all things Italian. Every Sunday their basement kitchen and dining area was a large family ritual of sweets, wine, and cheese. The holidays could expect up to 70 family and guests in the same venue. Joe was known by the whole family simply as “Papa.”

Joe will be lovingly remembered by his wife, Rose, his children: Frank (Denise) of Canfield, Joseph Jr. (Paulette) of Austintown, Anthony (Susan) of Haines City Fla, Patricia (John) Frano of Canfield, and Roseann (Vince) Nardy of Solon, Ohio. Additionally, Joe was also the patriarch of the vast Sculli clan of 15 grandchildren, 26 great-grandchildren, as well as a brother, Patrick of Rochester, NY. Sempre Familia was the slogan that decorated the house and was his favorite.

Joe was preceded in death by his parents, a sister Antonette Hietala and his brother Francis.

A service will be held at 11am on Sat. Jan. 19, 2019 in St. Christine Church. Family and friends will gather one hour prior to the mass in the church.

In lieu of flowers, the family asks contributions be made to Second Harvest Food Bank.

To send flowers to the family or plant a tree in memory of Joseph A. Sculli Sr., please visit our floral store.